Those who are not particularly in love with Chinese history may not be familiar with Xi Shi, one of the great legendary beauties of China who is said to have lived around 500 BC and helped overthrow a kingdom.

But soon they will be, as the world stage maestro Franco Dragone has incorporated the Xi Shi story in his new show to be premiered on Dec 22 in Wuxi, a historical city by Taihu Lake in East China.

The Taihu Show, or Splendor as it is otherwise called, is hailed as a first step for Dragone's new creation concept. "This is really one of the first shows I would call a Dragone musical," said Director of Creation Damien Long, who has worked with Dragone for 15 years and contributed to a number of pieces such as La Perle, Land of Legends, The Dai Show and The Han Show.

"Typically, our shows are stories told through emotion and the audience has a moment when they can decide what the story means for them. This show is really a story-driven show that we've adapted into more of a musical style piece," said Long. 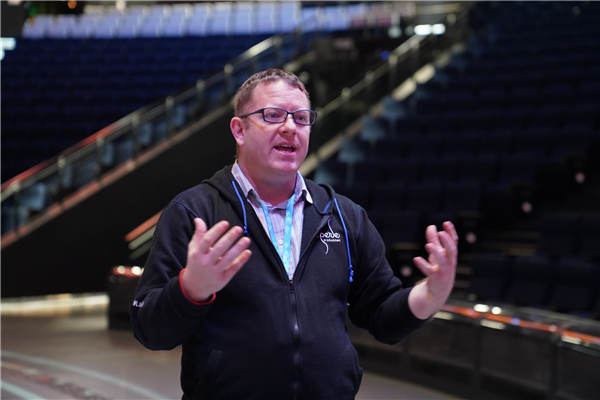 Damien Long, director of creation of The Taihu Show, speaks about the creation of the show at the Taihu Show Theater in Wuxi , Dec 13, 2019. [Photo by Liu Yi'an/chinadaily.com.cn]

Phenix Lin, action director, said that The Taihu Show embodies a great fusion of body languages including martial arts and modern dance to help with the development of characters, revealing their inner strength.

When asked about his favorite character in the show, Wilson said that to his surprise it's Xi Shi, as he was unaware of the traditional story prior to the project. "To see the character (Xi Shi) go from a very soft, naive, young lady in her journey to a strong, independent hero has been really satisfying to watch," he said.

The tale of Xi Shi incorporates many aspects of traditional Chinese culture in its characters, customs and locations. "Everything that we've built here has inspiration from something that is local…We really want to make sure we capture what are the key moments of the story," said Long. 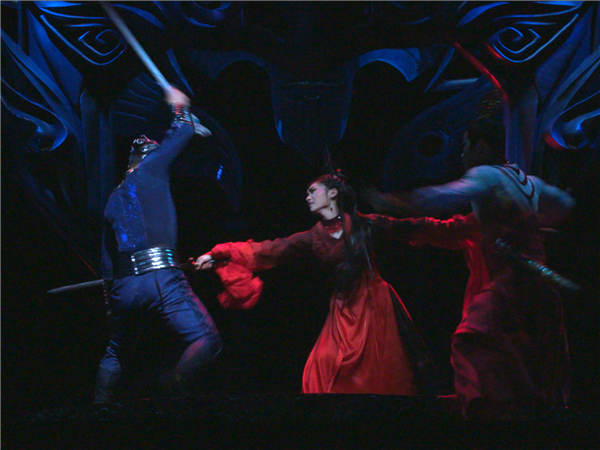 He observed that in any culture, younger generation are losing the connection with some of the more historical things, partly due to the popular use of modern devices such as smart phones.The stage artist from Las Vegas said that he hopes the show will spark some interest from the younger generation, entertaining them with stories from their culture and history.

Still, it's a combination of cutting-edge stage technology and tradition. With a modern theater featuring a revolving stage and a 360-degree LED screen surrounding the stage at a height of 9.5 meters, Splendor is expected to push the boundaries of performing arts and of spectator experience.

The 60-minute show will be staged in Wuxi's 2,000-seat Taihu Show Theater, which is tailor-made for the permanent show that has taken six years to accomplish.

With a design concept inspired by a bamboo forest, the theater has been rated as one of "the top 10 buildings for 2019" by The (London) Times. It is a theater worthy of presenting a show that is ready to stun the audience.